“Wow! What’s up with that place?” were my first words when I saw the Holiday Court Motel. Drug deals, prostitutes, heavy addictions; this place was a nightmare; a nightmare that I could identify all too well with. At a young age, I fell into drugs and the party lifestyle only to end up on the streets of Victoria, eating in soup kitchens and living terribly. I tried to take my life but was unsuccessful. I could not live like this anymore!

A few weeks later, I was drunk and feeling completely hopeless and unable to cope, I fell to my knees and cried out, “Please God!”. All of a sudden I was filled from my head to my toes with such a strong presence of healing love. I fell asleep and when I woke up later that day I was a changed man.

The first words out of my mouth were, “Wow. Jesus is Lord!”. I’ve been clean since that day, November 17, 1987. I want everyone to experience that life-changing love that saved my life and I realize that sometimes it starts with something as simple as giving someone a sandwich. This is why I do what I do.

THE ESTABLISHMENT OF THE EXTREME OUTREACH SOCIETY

Cliff Power was living and working in Victoria, BC in 1997 when he began to have a strong burden on his heart for the people who lived at Holiday Court Motel, which was Victoria’s epicentre of crime. Cliff decided that to make the impact that he envisioned, he needed to live at the motel, so he moved in permanently to room 21. His goal was to simply love the residents there, and yet much more began to happen. Slowly he gained the trust of the people in the motel, and their lives began to change.

In 2000, Extreme Outreach Society was ratified as a legal society with the mission of feeding, clothing, and loving vulnerable people at Holiday Court Motel. As volunteers began showing up to assist Cliff with his ministry, Extreme Outreach began to grow.

The first BBQ ministry began at Holiday Court Motel outside of room 21, when Cliff would grill up burgers for hungry tenants to eat a real meal for free. He began to build relationships by providing a consistent, loving presence property. Soon, the constant police presence, overdoses, and fights were beginning to fade, until eventually, they were no longer present. After an amazing five years of ministry, Holiday Court Motel was eventually sold and torn down. A beautiful building was put up and where room 21 was, a 3-pillar water fountain was put in, serving as an unintended reminder of the impact of this specific location.

Cliff turned his attention to a nearby low-income housing complex that had been a breeding ground for teen drug users in the past. He began his BBQ ministry on the basketball courts at a school nearby, hoping to build relationships with vulnerable teens who might be considering or already dealing with drug abuse. What he found was an entire community of children who could be at risk, and through the BBQ ministry, he began meeting their families and saw a need for the kids to come together and just have fun. This marked the beginning of the SuperKids program.

Around this time, Extreme Outreach purchased 8 houses on McKenzie Avenue, which Cliff began renting to people who wanted to stay off drugs and needed a safe, drug-free place to do so. The ministry was still primarily focused on adult addicts, though the kids at the housing complex quickly stole the heart of the mission.

Eventually, Extreme Outreach sold the recovery houses and paid off the $2.3 million mortgage, providing a fresh start for their new season. The addiction recovery house ministry was closed down, and Extreme Outreach turned its entire focus towards breaking the cycle of poverty, homelessness, and addiction before it begins. Programs and services for at-risk youth and families were established with the goal to inspire productive lifestyles and develop future leaders, thereby strengthening communities.

Learn about other Ways to Get Involved 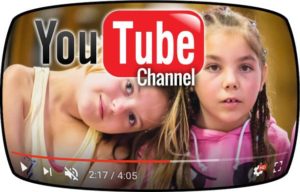 Donate Now!Become A Monthly DonorNewsletters
Keep in touch by subscribing to our email list: